Welcome to the April edition of the NEDC e-Bulletin. NEDC recently released a new fact sheet addressing Eating Disorders in Males and this month we are delving deeper by highlighting some of the latest research and information on this topic.

We hope you enjoy this edition and if you would like to suggest topics or events to be featured in future editions of the e-bulletin, please contact us at info@nedc.com.au

2. Masculinity and femininity in the divergence of male body image concerns

4. Professional development opportunities in May

Eating disorders in men have been underestimated and misunderstood. Historically considered a women’s illness, in clinical practice one in ten people diagnosed with an eating disorder are male. Under-reporting and the cultural stigma that men face when confronting these serious mental illnesses means this is likely to be a conservative estimate (Hudson, Hiripi, Pope, & Kessler, 2007). Now research is highlighting the complex and multi-dimensional factors involved in identifying and managing body dissatisfaction and eating disorders in men, and suggesting ways in which this can be acknowledged in diagnosis and treatment.

While evidence shows that rates of body image disturbance in men are now similar to those in women, the way dissatisfaction manifests can often be different between the genders. For males of all ages, dissatisfaction is driven by a desire to obtain and maintain a muscular physique (Murray, Rieger, Touyz, & De la Garza Garcia, 2010).

For some males, heightened concern about muscularity and distorted perceptions about muscle bulk, combined with disordered eating behaviours can lead to the development of a psychiatric condition known as muscle dysmorphia. Current research findings suggest more similarities than differences between muscle dysmorphia and eating disorders, and there is a growing body of evidence documenting the similarities between clinical groups (Murray et al., 2010; Raevuori et al., 2008). Those similarities include a sustained and elevated preoccupation with body image, diet and exercise as well as perfectionism and obsessive or anhedonic traits.

These similar distinctive and characteristic clinical features have led some researchers to propose that muscle dysmorphia may be more accurately placed within a spectrum of eating disorders. There is also a push to refine the criteria currently guiding clinical practice with eating disorders to address muscle dysmorphia. In particular, it has been argued that “there is no eating disorder diagnosis which is specifically geared towards the male experience of eating pathology” (p. 469 Greenberg & Schoen, 2008; as cited in Murray et al., 2010).

While debate continues about refining the categorization of many psychiatric disorders, including muscle dysmorphia, the discussion is helpful in examining meaningful ways to accurately acknowledge and include the male experience of eating disorders in diagnosis and treatment.

Access the fact sheet and more information on males and eating disorders.

Further discussion of men’s health issues is currently occurring on the Clincian’s e-Network.

Masculinity and femininity in the divergence of male body image concerns

Open access article: How anorexia and 'bigorexia' in men relates to perceptions of masculinity

Self-perceived masculinity is higher in men with muscle dysmorphia, popularly called 'bigorexia', than other gym users, while men with anorexia nervosa relate more strongly to feminine stereotypes, research contributed to by the University of Sydney has found.

The findings have been published in the open access Journal of Eating Disorders.

Research over the last several decades has shown that increasingly men are admitting to being unhappy with their body image. This may show itself in either a desire to lose weight and become thinner, or to gain weight and become more muscular.

Previously sexuality has been believed to be one of the main driving forces behind body dysmorphia in men but this study suggests that how men view themselves is more important.

Researchers from the University of Sydney and the Australian National University used a questionnaire designed to identify how study participants viewed themselves in comparison to culturally accepted stereotypes of masculine thoughts and behaviors.

The results showed that men preoccupied with becoming more muscular, as in muscle dysmorphia, had a greater preference for traditional masculine roles, whereas men with a high desire for thinness, as in anorexia nervosa, displayed greater adherence to traditional feminine roles.

Study leader, Dr Stuart Murray from the Redleaf Practice, said the research results do "not mean that that the men with anorexia were any less masculine, nor that the men with muscle dysmorphia were less feminine than the control subjects recruited. It is however an indication of the increasing pressures men are under to define their masculinity in the modern world".

Co-author and NEDC steering committee member Professor Stephen Touyz, from the University's School of Psychology said, "This study, if replicated, may provide valuable information for researchers to develop better treatment programs for men with eating disorders."

PhD candidate in the School of Psychology, Scott Griffiths, is building on the results of this research in a neuropsychological study of muscle dysmorphia and eating disorders, including anorexia nervosa. The study investigates differences in how people with these conditions process information about body image, eating and exercise.

Scott Griffiths is currently recruiting men and women diagnosed with muscle dysmorphia and eating disorders to take part in his study. If you are interested in participating, email him at sgri6476@uni.sydney.edu.au.

The full article and other open access articles can be accessed from the Journal of Eating Disorders website.

National Eating Disorders Collaboration collects and provides the latest evidence based research and information available on eating disorders from Australia and around the world. The topics included in our Knowledge Hub are wide ranging and recognise the physical, social and emotional aspects and the broad spectrum of eating disorders.

Each month in the e-Bulletin we highlight some of the research and information uploaded regularly on our website. This month we are focusing on research related to men’s health.

Male Experiences of Life after Recovery From an Eating Disorder

The aim of this study was to describe how former male patients perceive life after recovery from an eating disorder. It found that with a sense of self-acceptance and autonomy, they now appreciate their social life. It found that some perceive recovery as coping with remaining impulses to diet or exercise. Others experience themselves as totally free from the eating disorder. More

Why men should be included in research on binge eating: Results from a comparison of psychosocial impairment in men and women.

Prevalence of binge eating has been shown to be as common in men as in women, yet few studies have included men. Men are especially underrepresented in treatment studies, raising the question of whether men who binge eat experience less distress or impairment than women. More

This article provides a survey of eating disorders in men, highlights the dramatic rise in eating disorders, identifies issues specific to males, and suggests areas for research and intervention. More

For more up to date research on this and other eating disorders topics, visit the NEDC Knowledge Hub.

Professional development opportunities in May

May is promising to be an excellent month for professional development in the eating disorders space. Several interntional experts will be visiting Australia including Janet Treasure, Daniel LeGrange, Cynthia Bulik and Carolyn Costin and Australia's first ever eating disorders conference for families and carers will be held in Brisbane. To explore professional development opportunities for the rest of the year visit our Upcoming Events  page. 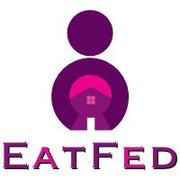 This clinical training for practitioners working with clients with eating disorders will be held 7th and 18th May in Sydney.

This workshop is based on the work of Dr Anita Johnston (USA) author of “Eating in the Light of the Moon”. The presenters have the Australian consulting rights for her Intensive Outpatient Treatment Program and have been trained in this unique approach by Dr Johnston. This program is the only one of its kind available in Australia, offering an alternative to other treatment options available.

Carolyn Costin, eating disorder specialist, will be returning to Australia in May to deliver a training program on Thursday May 16th in Sydney.

Carolyn will train clinicians in how to utilise evidence based treatment along with Monte Nido's unique protocols and methodology.

The new Butterfly IOP Program aims to help patients reclaim their life back from an eating disorder, achieve and maintain a health weight and normalise their relationship to food and exercise all to enhance the quality of their lives.

Interpersonal Therapy (IPT) & eating disorders will be run by Dr Liz Rieger at Australian National University on Wednesday 22 May in Canberra.

The workshop introduces the use of IPT as a standalone evidence based treatment or as a component of other treatment such as CBT-E. In particular, attendees will develop knowledge and skills for addressing the interpersonal factors that are relevant for the onset, maintenance and treatment response of eating disorders. UCAN: Uniting Couples (in the treatment of Anorexia Nervosa) workshop will be run by Professor Cynthia Bulik - Wednesday 22nd May at the Royal Brisbane Women's and Childrens Hospital Education Centre, Queensland

UCAN is a couple-based intervention that emphasizes the power of the partner in treating adult AN. Grounded in a cognitive-behavioral couple therapy framework, UCAN jointly engages patients and partners in the treatment of AN while simultaneously addressing the burden AN imposes on intimate relationships.

Dr. Cynthia Bulik is the Distinguished Professor of Eating Disorders in the Department of Psychiatry in the School of Medicine at the University of North Carolina at Chapel Hill where she is also Professor of Nutrition in the Gillings School of Global Public Health and the Director of the University of North Carolina Center of Excellence for Eating Disorders.

More details can be found on the ANZAED website.

At Home with Eating Disorders

At Home with Eating Disorders is the 1st Australian eating disorders conference for families and carers and is being held on May 23-25, 2013 in Brisbane.

Clinicians and people with eating dsorders wanting to learn more about the role of families and carers in supporting recovery are also welcomed.

More details can be found on the event website.

Presented by Professor Daniel Le Grange, the Advanced Training Workshop for Family Based Therapy will be held 23rd May in Brisbane.

Daniel Le Grange is Professor of Psychiatry in the Department of Psychiatry and Behavioral Neuroscience, and Director of the Eating Disorders Program at The University of Chicago Medicine. He currently is a principal investigator on several treatment studies in the US and Australia.

This clinical workshop is organised by ANZAED & EDOS as an adjunct to the At Home with Eating Disorders Conference. The workshop will be most suitable for clinicians who are familiar with FBT, and have accrued considerable clinical hours and experience treating adolescent eating disorders within this treatment modality.

Working with carers with a brain based approach to eating disorders

Facilitated by Janet Treasure, "working with carers with a brain based approach to eating disorders" will be held Sunday May 26th at the RANZCP 2013 Congress.

Eating disorders have peak onset in adolescence when most individuals are at home with the family. In addition to the impact that they have on the individual they also have profound effects on others. Families are often puzzled by the illness and the changes in the individual that they love and are uncertain about how to help. This can lead to high distress and uncertainty which has been found to inadvertently contribute to the maintenance of the illness. However, when carers are informed and have strategies to help manage the illness distress is reduced. Furthermore, individuals with the eating disorder notice the change in carer’s behaviour and find it beneficial. A calm, compassionate caring approach from parents also allows individuals with an eating disorder to model this form of behaviour towards themselves.

Issue 45 | Perfectionism as a Risk Factor